Study on the European Sport Model

The recent debates over the formation of a European Super League in football and its possible implications for competitions across Europe brought into sharp focus debates about the organisation and governance of sport in Europe.

As a closed competition run by an elite group of clubs, the concept of the Super League was seen as undermining many of the European Sport Model’s core principles.

The European Sport Model is widely recognised as a framework which specifies the core features of how sport is organised in most European countries.

The Model is based on:

In the context of perceived threats to the European Sport Model, Ecorys and partners KEA were commissioned by the European Commission to consider the continuing relevance of the Model and to examine how the Model is adapting to various economic and social trends affecting the organisation of sport.

The study shows that there remains a broad consensus on the value of the model’s principles. It also highlights some differences in how the model is applied and asks some questions about the future evolution of a European Sport Model.

Adequacy of the pyramidal structure

The study raises specific questions however concerning the adequacy of the standardised pyramidal structure in addressing complex governance issues. There are shown to be different models and practices in addressing the representation of stakeholder groups in decision-making. Mechanisms for involving athletes are shown to be improving for example while progress appears to be slower for other groups such as supporters.

The study also highlights the important role for national leagues in decision-making and commercialisation. Sport leagues typically handle commercial deals and especially broadcasting rights. This is generally set out in the agreement between the league and the sport federation, where general principles for tendering broadcasting rights are established.

The promotion/relegation principle is generally followed in team sports while open competition is preserved in individual sports through various types of ranking systems. The promotion/relegation principle is not applied in only a few exceptional cases at the national and European levels. It is clear however that financial distribution mechanisms also play an important part in ensuring fair and open competition. Different countries apply the same promotion and relegation systems yet the numbers of genuine contenders for national leagues can vary. Differences in levels of openness are partly explained by the different approaches used to distribute revenues from media deals.

There is general support for the solidarity mechanism principle, but also generally a limited availability of data on financial redistribution from elite leagues to lower leagues and amateur levels. Limited data and accepted standards on redistribution may suggest a lack of transparency in this area. The study therefore raises the question of whether the solidarity principle is sufficient to ensure the sustainability of grassroots sports and if more public money and resources are needed.

The continued importance of volunteering

The role of volunteers is shown to be fundamental to all sports. There is generally a clear dependence on volunteers and they play a crucial role both in terms of running sport clubs and federations, as well as supporting the organisation of sport competitions (at all levels). There is evidence however that the number of sport volunteers in many sports and in many Member States has been declining. Programmes and support schemes for volunteering will therefore continue to be essential to cater to this important pillar of the European Sport Model.

Autonomy and the importance of core values

According to the model, sport federations or governing bodies should have enough autonomy to conduct the organisation of sport as they see fit, but within the limits of law.  Sport bodies must have the ability to self-regulate and be guided by good governance principles and practices. The study highlights a range of emerging and new practices in the governance of sport that aim to address organisational and management concerns around democracy and accountability and help to reinforce the autonomy principle.

Stakeholders have questioned whether an evolving European Model of Sport should have a greater emphasis on good governance as a key element of an organisation with a “public interest” dimension. A more outward-looking perspective is that sport is an important element of European society, with a responsibility to promote core values such as democracy, equality and human rights that are enshrined in wider policies. The role of an evolving European Sport Model in helping to preserve sport as a public good and supporting policy goals therefore emerges as an important theme.

The report has now been published on the European Commission’s website with detailed annexes covering the 15 sport reviews, survey results and case studies.

The report can be found here.

For more information about this study please contact either James Sennett or Gillian Kelly.

The Twin Goals of Biodiversity Conservation and Poverty Reduction 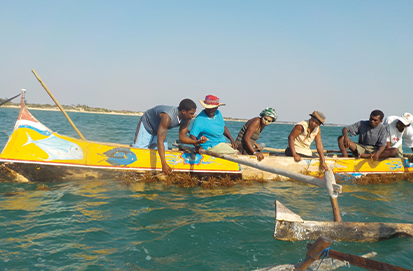 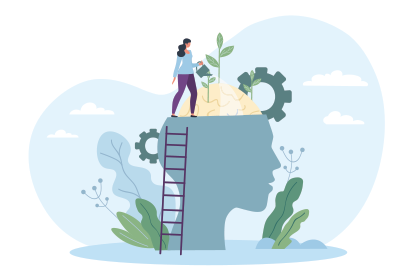